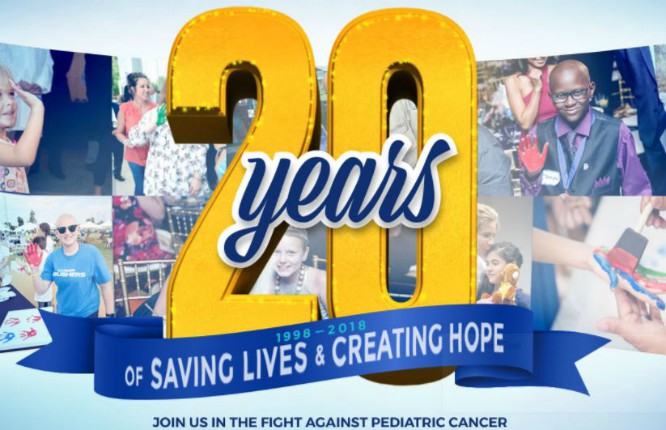 As your family gathered around the TV to cheer on your favorite team during this year’s Super Bowl game, did you happen to catch Hyundai’s incredible, moving new ad?

Hyundai dealerships around the country paid special attention during Super Bowl LII for an ad by the automaker which promised to “surprise millions of heroes.” Considering that last year’s ad featured a virtual reunion bringing together three American troops with their families, we were sure that Hyundai had something truly spectacular up its sleeve.

The 60-second ad titled “Hope Detector” debuted during the fourth quarter of the game and featured footage of visitors to Hyundai’s NFL Super Bowl Experience setting off a mock metal detector dubbed “the hope detector.” Visitors were taken aside and brought to a separate room where they were surprised with video footage of pediatric cancer survivors.

The commercial ended with the lines, “Thanks to millions of our owners, hope is our greatest feature. And it comes standard on every Hyundai.”

The ad was created by the automaker in partnership with Innocean, an ad agency that frequently works alongside Hyundai. The “Hope Detector” was conceived as a way to promote Hyundai’s Hope On Wheels pediatric cancer nonprofit.

“Last year, we honored military heroes who help make events like the Super Bowl possible. This year we’ll celebrate heroes who help in finding a cure for pediatric cancer,” Dean Evans, Hyundai Motor America CMO, said in a recent statement. “This is another example of Hyundai’s brand promise and our strategy to communicate what we stand for beyond great products. We want to bring people together and give them hope.”

The commercial marks the first time Hyundai has featured Hyundai Hope On Wheels in its Super Bowl marketing. Hyundai dealerships near you were proud to see the non-profit highlighted during its 20th year of helping to find a cure for childhood cancer.

Since its inception, Hyundai Hope On Wheels has awarded more than $130 million towards pediatric cancer research.

“One in 285 children in the U.S. will be diagnosed with cancer by the time they are 20 years old, but only 4 percent of U.S. federal funding is dedicated solely to childhood cancer research,” Zafar Brooks, program executive director of Hyundai Hope On Wheels, said in an interview. “Raising awareness for childhood cancer and celebrating those who have helped find a cure for this terrible disease is part of our mission, and getting to do that at the Super Bowl is a great honor.”

To find out how you can help carry on Hyundai’s commitment to curing childhood cancer, visit us at Rosen Hyundai today. We’re happy to chat and answer questions while you check out our new Hyundai cars for sale.