The Wait Is Almost Over for the 2022 Ioniq 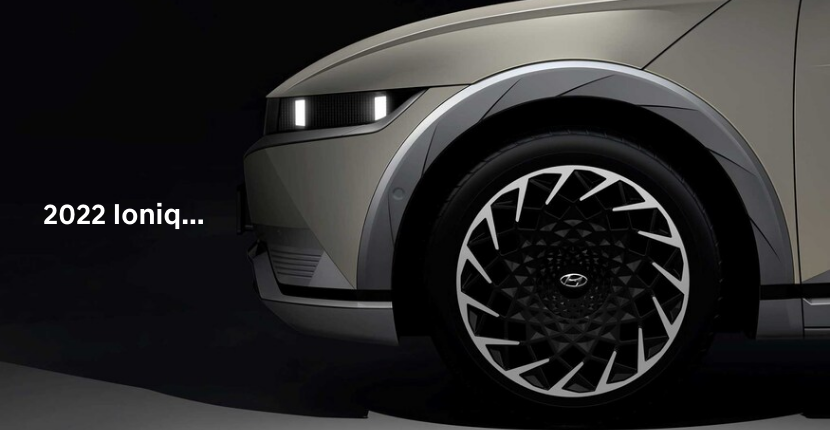 With the big debut scheduled for mid-February, the wait for the Hyundai Ioniq 2022 5 is almost over. An all-new electric vehicle, the 2022 Ioniq was recently teased in a short video from Hyundai.

Forty-three seconds long, the clip shows several new Hyundai models, such as the Telluride and the Sonata. At the end, the Ioniq 5 makes an appearance, which shows off its square LED headlights that promise to “get the world turning, again.” Though the video is only a teaser, it’s clear the battery-powered hatchback is dynamic and offers an exciting look. You’ll get a shot of the Ioniq’s front end, photo of the rear, and a close up shot of the front wheels and fender.

An Early Look at the Ioniq

To add to the excitement of the new model, Hyundai released three new images of the Ioniq 5 in January. The images gave you an up-close look at the so-called Parametric Pixels design feature. This is the technology the company uses for the headlights and taillights taking inspiration from “the smallest unit of digital imaging.” Additionally, the images feature the clamshell hood, which is meant to reduce the appearance of panel gaps and improve the vehicle’s aerodynamics.

Inspired by the Concept 45, the 2022 Ioniq will become the first model of Hyundai-Kia to be based on the E-GMP electric vehicle architecture. Featuring a flat, skateboard-like array of batteries under the vehicle floor, the Ioniq 5 is expected to gain a dual-motor setup and a fast-charging function.

Equipped with this setup, the Hyundai Ioniq mpg is expected by 62 miles (100 km), available in just five minutes of charging as measured by the WLTP standard. It can also supply power externally for up to 3.5 kW for 11o- or 220-volt devices. With these impressive performance and range numbers, the Ioniq 5 is already making waves as a very interesting player in the electric vehicle market.

With what some characterize as a European look, the Ioniq 5 features hooded quad LED headlight accents and well-defined hood bulge. However, the Ioniq has a unique look with the full-width graphic on the rear where the four square taillights sit and large Hyundai “H” badges.

Because it was inspired by the 45 Concept, the Ioniq’s body is clean with restrained surfacing and higher volumes. Even more, the front wheel arch is molded with twisting marks that are reminiscent of a high-end camera lens. Silvery trim also adorns the lower body and lighting elements. The Ioniq’s massive 20-inch wheels and fender adornments bring bright proportions to the rest of the body, which features an inner section that has a wonderfully intricate and luxurious web design.

Hyundai Dealer Near Me

Looking for a Hyundai dealership? At Rosen Hyundai Algonquin, Illinois, we have a wide selection of new and used Hyundai vehicles for every customer and an excellent and helpful staff to help you find your perfect fit. the search for a “Hyundai near me” ends here at Scott Levy’s Rosen Hyundai of Algonquin. Visit us to learn more about the all-new 2022 Ioniq 5 or schedule a test drive now!